A MUST READ ARTICLE
Indians will find this one hard to swallow.
But, one can’t deny the bitter facts…
Reflections on India  Sean Paul Kelley
Sean Paul Kelley is a travel writer, former radio host, and before that, an asset manager for a Wall Street investment bank that is still (barely) alive.
He recently left a fantastic job in Singapore working for Solar Winds, a software company based out of Austin, to travel around the world for a year or two.
He founded The Agonist, in 2002, which is still considered the top international affairs, culture and news destination for progressives.
He is also the Global Correspondent for The Young Turks, on satellite radio and Air America.
If you are Indian, or of Indian descent, I must preface this post with a clear warning: you are not going to like what I have to say.
My criticisms may be very hard to stomach. But consider them as the hard words and loving advice of a good friend.
Someone who is being honest with you and wants nothing from you.
These criticisms apply to all of India except Kerala and the places I didn’t visit, except that I have a feeling it applies to all of India.
Lastly, before anyone accuses me of Western Cultural Imperialism, let me say this: if this is what India and Indians want, then, who am I to tell them differently.
Take what you like and leave the rest.   In the end it doesn’t really matter, as I get the sense that Indians, at least many upper class Indians, don’t seem to care and the lower classes just don’t know any better, what with Indian culture being so intense and pervasive on the sub-continent.
But, here goes, nonetheless.
India is a mess. It’s that simple, but it’s also quite complicated.   I’ll start with what I think are Indias’ four major problems – the four most preventing India from becoming a developing nation – and then move to some of the ancillary ones.
First:  Pollution.   In my opinion the filth, squalor and all around pollution, indicates a marked lack of respect for India by Indians.  I don’t know how cultural the filth is, but it’s really beyond anything I have ever   encountered.
At times the smells, trash, refuse and excrement are like a garbage dump.
Right next door to the Taj Mahal was a pile of trash that smelled so bad, was so foul as to almost ruin the entire Taj experience. Delhi, Bangalore and Chennai to a lesser degree, were so very polluted as to make me physically ill.
Sinus infections, ear infection, bowels churning was an all too common experience in India.
Dung, be it goat, cow or human fecal matter, was common on the streets.  In major tourist areas filth was everywhere, littering the sidewalks, the roadways, you name it.
Toilets in the middle of the road, men urinating and defecating anywhere, in broad daylight.
Whole villages are plastic bag wastelands.   Roadsides are choked by it.   Air quality that can hardly be called quality.
Far too much coal and far to few unleaded vehicles on the road.    The measure should be how dangerous the air is for ones’ health, not how good it is.
People casually throw trash in the streets, on the roads.
The only two cities that could be considered sanitary, in my journey, were Trivandrum – the capital of Kerala – and Calicut.   I don’t know why this is, but I can assure you that, at some point, this pollution will cut into Indias’ productivity, if it already hasn’t.
The pollution will hobble Indias’ growth path, if that indeed is what the country wants. (Which I personally doubt, as India is far too conservative a country, in the small ‘c’ sense.)
The second issue, infrastructure, can be divided into four subcategories: Roads, Rails, Ports and the Electric Grid.
The Electric Grid is a joke.   Load shedding is all too common, everywhere in India.  Wide swathes of the country spend much of the day without the electricity they actually pay for.
Without regular electricity, productivity, again, falls.
The Ports are a joke. Antiquated, out of date, hardly even appropriate for the mechanized world of container ports, more in line with the days of longshoremen and the like.

Roads are an equal disaster. I only saw one elevated highway that would be considered decent in Thailand, much less Western Europe or America and I covered fully two-thirds of the country during my visit.

There are so few dual carriage-way roads as to be laughable.   There are no traffic laws to speak of and, if there are, they are rarely obeyed, much less enforced (another sideline is police corruption).
A drive that should take an hour takes three.   A drive that should take three takes nine.   The buses are at least thirty years old, if not older and, generally, in poor mechanical repair, belching clouds of poisonous smoke and fumes.
Everyone in India, or who travels in India, raves about the railway system.   Rubbish!  It’s awful!
When I was there in 2003 and then late 2004 it was decent.    But, in the last five years, the traffic on the rails has grown so quickly that once again, it is threatening productivity.
Waiting in line just to ask a question now takes thirty minutes.   Routes are routinely sold out three and four days in advance now, leaving travelers stranded with little option except to take the decrepit and dangerous buses.
At least fifty million people use the trains a day in India. 50 million people! Not surprising that wait lists of 500 or more people are common now.
The rails are affordable and comprehensive, but, they are overcrowded and what with budget airlines popping up in India like sadhus in an ashram in the middle and lowers classes are left to deal with the overutilized rails and quality suffers.
No one seems to give a shit.
Seriously, I just never have the impression that the Indian government really cares.   Too interested in buying weapons from Russia, Israel and the US, I guess.
The last major problem in India is an old problem and can be divided into two parts: that’ve been two sides of the same coin since government was invented:bureaucracy and corruption.
It take triplicates to register into a hotel.   To get a SIM card for ones’ phone is like wading into a jungle of red-tape and photocopies one is not likely to emerge from in a good mood, much less satisfied with customer service.
Getting train tickets is a terrible ordeal, first you have to find the train number, which takes 30 minutes, then you have to fill in the form, which is far from easy, then you have to wait in line to try and make a reservation, which takes 30 minutes at least and if you made a single mistake on the form, back you go to the end of the queue, or what passes for a queue in India.
The government is notoriously uninterested in the problems of the commoners. Too busy fleecing the rich, or trying to get rich themselves in some way, shape or form.
Take the trash, for example, civil rubbish collection authorities are too busy taking kickbacks from the wealthy to keep their areas clean that they don’t have the time, manpower, money or interest in doing their job.
Rural hospitals are perennially understaffed as doctors pocket the fees the government pays them, never show up at the rural hospitals and practice in the cities instead.
I could go on for quite some time about my perception of India and its problems, but in all seriousness, I don’t think anyone in India really cares.
And that, to me, is the biggest problem. India is too conservative a society to want to change in any way.
Mumbai, Indias’ financial capital, is about as filthy, polluted and poor as the worst city imaginable in Vietnam, or Indonesia – and being more polluted than Medan, in Sumatra, is no easy task.
The biggest rats I have ever seen were in Medan !
One would expect a certain amount of, yes, I am going to use this word, “backwardness,” in a country that hasn’t produced so many Nobel Laureates, nuclear physicists, imminent economists and entrepreneurs.
But, India has all these things and what have they brought back to India with them?   Nothing.
The rich still have their servants, the lower castes are still there to do the dirty work and so the country remains in stasis.
It’s a shame. Indians and India have many wonderful things to offer the world, but I’m far from sanguine that India will amount to much in my lifetime.
Now, you have it, call me a cultural imperialist, a spoiled child of the West and all that.
But remember, I’ve been there. I’ve done it and I’ve seen 50 other countries on this planet and none, not even Ethiopia, have as long and gargantuan a laundry list of problems as India does.
And, the bottom line is, I don’t think India really cares. Too complacent and too conservative.

dear fellow Indians this is a challenge to all of us, when we can build rockets, missiles, reach the moon why not improve ourselves and our surroundings, start from your home we can do it and we will do it. 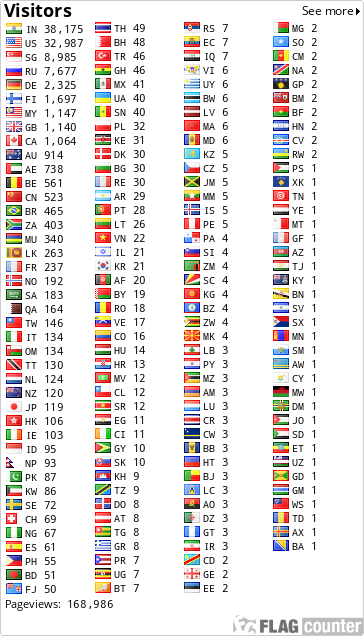 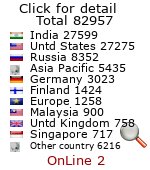 “Indians are poor , but India is not a poor country” says one of the big swiss bank CEO.
He says that “ 480 lac crores of Indian rupees are deposited in swiss banks which can be
used for taxless budget for 100 years.
It can give eighty crore jobs to all Indians.
From any village to Delhi 6 lane roads.
Forever free power supply to more than 2000 social projects.
Every citizen can get monthly Rs 4000 for 100 years.
No need of world bank and IMF loan.
Think how our money is looted by our greedy , corrupt politicians.

Take this seriously. We can forward jokes, then why not this ?

Be a responsible Indian citizen.