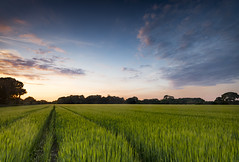 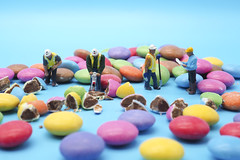 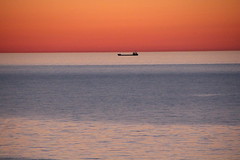 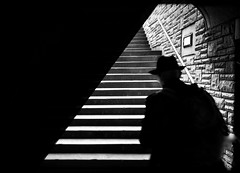 The parents now a days are quite worried about the behavioral changes in their children due to several socio-economical reasons. The gap between parents and�us, the youth,�is increasing day by day due to which the family bonding is getting weaker and weaker.�We, the youth, want liberty in every deed we do. We want our parents�not to be disturb�us in what-ever�we do�in what-so-ever manner.�We have�forgotten the amount of time�our parents have invested in for�our brought up.�We have forgotten the countless efforts and sacrifices by�our parents throughout our lives.�
Starting from our birth they have taken care of our food (  years * 365 days * 3 times = 24000 times!), our clothes (daily washing, ironing, new purchasing), our education (daily home works, uniform, school/tuition fee), religious moral teaching every day (THE REAL GREAT JOB), computer toys purchasing and God knows how many other countless efforts they have put in to make us a complete human being�to survive in this world. Indeed, all those efforts�cannot be covered in this article but the overall emphasis is that its our moral and�religious�mandatory responsibility�to take care of them now.
Below are some small�acts of kindness which I request you to consider to show your affection with them and to take care of them:

In the end, I would recommend�making a check list of this email and and paste it on any wall in your room or kitchen and read it often to remember
Please do share if you are doing any other good thing in making your parents feel great 🙂

Here is the beggar who got a trifle last year in December. These are notes in 200 000 Zimbabwe dollars. Little millionaire, isnt he?

One such banknote is equal to 10 cents. The official rate is much higher, but nobody changes.

In January there was one more note in 10 million.

Here is the multi-millionaire.

And that is February. Now beggars are not given simple 200 000 notes, they get the whole packs of 200-thousand banknotes.

Here is the local billionaire. He has got 65 billion Zimbabwe dollars in his small suitcase. Just imagine, that is only 2000 American dollars! It was in March.

The man goes to a supermarket. The exchange rate is 25 000 000 Zimbabwe dollars for one American dollar.

This pack is equal to 100 dollars.

In April the government decided to break all the records and issued 50 million dollars note.

But the inflation didnt stop. Then in May the 250 million note was issued.

These are shops prices. You must pay almost 3 billion for a T-short or trousers.

At the end of May the 500 million note was issued.

But the time doesnt stay and notes in 25 and 50 billion are appeared in June.

In July there has already been the 100 billion note!

What can you buy for this money? Probably it can be three eggs.

Soon people have begun to go to restaurants with such packs

And received such bills there..

Because of these cash heaps there was no free place in houses.

In August the government made a decision to issue new notes, this time without ten zeroes as it was with old ones.

But they have forgotten about inflation again. In September it was possible to buy 4 tomatoes for this money.

And for such loaf of bread

The government didnt stop and in September the 20 000 dollars note was issued again.

50 thousand has appeared two weeks ago. It is not excluded turning Zimbabwe to billions again till the end of the year.