Depression is an illness, which involves the mind, body and thoughts. Don?t confuse it with physical weakness which will go away within days. It is in fact a condition, which interferes in our daily routine and causes unnecessary problems in our daily life.

Causes of Depression
There are plenty of factors, which cause depression in humans; these mainly include genetic causes, hormonal changes, deficiency of vitamin B complex, stress and trauma, biochemical causes, environmental factors and other physiological disorders such as eating disorders and anxiety disorders.

Home remedy for Depression
Several home remedies help cure depression. Some of them are follows:

1 – Rose petals when boiled in water and consumed provide relief from depression.

2 – Eat apple with honey and milk. This will enlighten your mood and will bring you out of depression; it is a proven home remedy for depression.

4 – The powder of Asparagus root is also an effective home remedy that helps cure depression.

5 – A normal immersion bath when taken for duration of one hour daily can also prove beneficial in bringing you out from depression.

6 – Seedpod of the plant Griffonia Simplicifolia known as 5HTP when consumed while feeling depressed works wonders. This is because it produces serotonin, a neurotransmitter in the brain, which provides relief from depression.

7 – A tea made up of mixture of basil leaves and sage when consumed also provides relief from depression. This is a proven home remedy that goes into curing depression.

8 – Eating powder of cardamom seeds can also effectively bring you out of depression. Boil the powder in hot water, add some sugar for taste, and then drink the tea two times a day.

9 – Meditation and relaxation are also an efficient cure for depression. Meditation creates a balance in the nervous system, which is vital to cure stress and depression.

10 – A mixture of nutmeg powder and fresh amla juice when taken three times a day can easily bring you out of depression. This is also one of the proven home remedies for depression.

Apart from these home remedies, you will also have to make changes to your diet. This is because diet has a fundamental effect on curing of depression. Hence resort to a balanced diet as a even a slight nutritional deficiency can deteriorate the situation

In spite of all this venom spewed on India by Pakistan, the Bollywood producers keep on employing the so called Pakistani artistes.

The Government of India gives them Work Permits.

Pakistani textbooks and the lies they teach

[I recently went through with some textbooks and it was really depressing to find that Pakistani textbooks cannot mention Hindus without calling them cunning, scheming, deceptive or something equally insulting]

A few days back I had the opportunity to meet up with someschool, college and university students.

I asked them about Pakistan-India relations and, sadly, all of these students believed that people living in other countries, especially India, were the enemies of Pakistan.

A grade seven student belonging to a private school in Lahore said that she loved her country and hated all enemy countries, especially India.

I asked her why she held such a firm opinion that other countries, particularly India, were enemy countries and she replied confidently that it was all written in her textbooks and that her teachers also say so.When she was asked to point out specifically where it was written, she failed to do so. However, her assertions could not be rejected fully.

While discussing with educationists we find that they, too, say our textbooks carry content that implicitly implies that India and western countries are enemy countries.

Many of the educationists sitting on the boards and bodies assigned the task of setting up the curricula religiously believe that such textbooks should be taught in schools, colleges and universities to develop Islamised or traditional citizenry.

They believe that Islamisation and various forms of traditionalism are the only solution to Pakistan’s problems, even to terrorism and violence.

In 2012, a non-governmental organisation released a research report in English and Urdu languages on Religious Discrimination in Education Policy and Syllabus,including specimens from Punjab textbooks.

The report claimed that the curriculum and education policy in Punjab specifically, and throughout Pakistan generally, disregards Article 22 of the Constitution “when it comes to hundreds of thousands of non-Muslim students attending schools in the country”.

The study said that the content of textbooks was visibly discriminatory against non-Muslim citizens.

It is a violation of Article 20 and 25 of the Constitution of Pakistan, guaranteeing religious freedom.

Article 22 of the Constitution states,“No person attending any educational institution shall be required to receive religious instruction or take part in any religious ceremony or attend religious worship if such instruction, ceremony or worship relates to a religion other than his own.”

However, on the other hand,Islamiat has been made a compulsory subject for all students from grades one to eight in public schools by all five education policies since 1972.

The report alleges that history books are poisoning and brainwashing young minds with systematic and institutionalised lies and bigoted teachings.

“India is our traditional enemy and we should always keep ourselves ready to defend our beloved country from Indian aggression.”

“Muhammad Ali Jinnah felt that Hindus wanted to make Muslims their slaves and since he hated slavery, he left the Congress.”

In another place it says, “The Congress was actually a party of Hindus. Muslims felt that after getting freedom, Hindus would make them their slaves.”

I recently went through with some textbooks and it was really depressing to find that Pakistani textbooks cannot mention Hindus without calling them cunning, scheming, deceptive or something equally insulting.

In Social Studies textbooks it is mentioned that Hindus are extremists and the eternal enemies of Islam whose culture and society are based on injustice and cruelty, while Islam delivers a message of peace and brotherhood, concepts portrayed as alien to the Hindu.

I believe that biased material in textbooks is promoting prejudice, bigotry and discrimination towards other religions and nations. Non-Muslims are addressed as kafirs (infidels) in textbooks along with statements like “heaven is only for Muslims”.Other religions are portrayed as false and their believers as antagonists.

Many history scholars have mentioned in their writings (and I agree with them) that Pakistani textbooks have preached falsehoods, hatred and bigotry against minorities and, so, unless we start a process of settling curriculum and textbook debates in the political arena, we cannot end disquiet within the curriculum and textbooks.

Of course, universities should support this process by conducting independent research, for it will help in eliminating the domination of so-called experts and consultants of the curriculum and textbook reform debate.

However, other educationalist believe that salient features of the Constitution of Pakistan should be made part of the curriculum of schools, colleges and universities. They feel the need for revising the civic education syllabus and expanding it to inculcate the rule of law and responsible and active citizenship in the youth. The curriculum should be revised after every four or five years and necessary changes should be made to upgrade it in accordance with the fast changing world, especially in the fields of science and technology.

The biased material in our syllabi is one of the major aspects for growing religious intolerance and extremism. It is in contradiction to the Constitution of Pakistan. Any material considered ‘inflammatory’ or ‘discriminatory’ to religious minorities should be removed from the syllabus.

Unless and until young minds are encouraged to develop critical thinking and the willingness and ability to research and reach for the truth and facts, a country’s national ethos cannot become progressive with social justice and economic development of the citizen as the primary priorities.

The writer is a social and political activist based in Lahore

AN INTERESTING POSTING FROM ANOTHER GROUP. IF POSSIBLE, SHARE IT WITH YOUR READERS.

Have been trying to do for these people; but these marriages you have celebrated are not good in the eyes of God.” I knew there would be a riot on the Santa Cruz if this ban could not be lifted. The women were sulky, and the men commenced cursing and swearing, and said they thought the 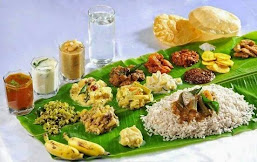