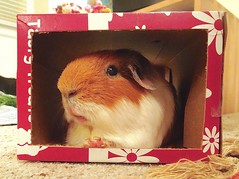 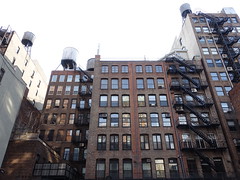 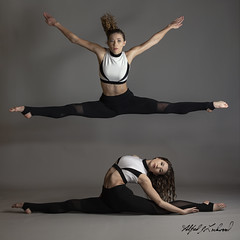 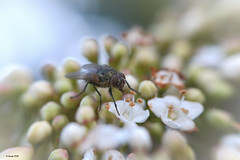 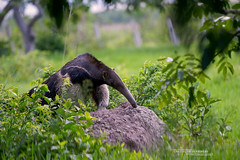 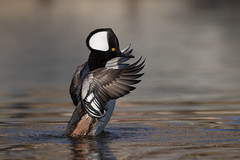 Stun your friends in Kerala saree – five metres of fine off-white cotton edged with golden sari, that lends an extraordinary elegance to the person wearing it. Each piece is specially woven on a traditional handloom.

Join the Thekkady tiger trail- a real adventure trek into the dense forest with expert guides. Cook in the jungle, sleep in tents, wake up to the sounds of the wilderness and try and spot a tiger!

Located near the Napier Museum, the Sree Chithra Art Gallery opened in 1935 by the then Maharaja of Travancore, Sree Chithira Thirunal, displays original paintings of Raja Ravi Varma, Svetlova and Nicholas Roerich; exquisite works from the Rajput, Mughal and Tanjore schools of art in India as well as paintings from China, Japan, Tibet and Bali. The collection also includes unique copies of Indian mural paintings from pre-historic times down to the 18th century

The Koyikkal Palace, situated far of away from the city, was actually built for Umayamma Rani of the Venad Royal Family who ruled the land between 1677 and 1684. The palace is a double stroreyed traditional nalukettu with slanting gabled roofs and an inner courtyard.

27 kms from Kollam, Munroe island is formed by the backwaters of Ashtamudi Lake and Kallada River which is named after Colonel Munroe, the British Resident of erstwhile Travancore State. He is credited with having integrated several backwater regions by digging canals. The discovery of stone age tools and megaliths stand testimony to the antiquity of this islet which shelters a quaint little village.

According to legends, the five Pandava brothers – epic heroes of the Mahabharatha – stayed near Ayyappara, 2000 ft. above sea level and spread over 20 acres, during their exile. The name of the rock is said to be a modified version of the original term Anchupara (five rocks). However, some say that the name owes its origin to the Ayyappa Temple here. This temple has four pillars which support a flat piece of rock that forms the roof. On one side of the rock is a cave that can accommodate over 15 people. The sunset is beautiful from here. Above all, the cool mountain breeze does wonders to your mind and body.

Kannadipara is the highest point in Ilaveezhapoonchira. Three kms from here is the Pazhakakanam Plateau nourished by the Kadapuzha River. Bamboo groves, meadows and wild flowers make this place exotic. An added attraction here is the Kazhukankulimali Waterfalls that playfully cascade down the mountain and greet the river below with a magnificent splash. On the eastern side of Kannadipara is a natural fort set amidst steep rocks!

Each and every festival in Kerala reflects the spirit of joyfulness and fraternity of that particular region! Machattu Mamangam, a five-day festival of pageantry and splendour, is celebrated at the Machattu Thiruvanikavu temple dedicated to Goddess Bhagavathy. The main procession is on the concluding day in which richly decorated kuthirakolams (effigies of horses) are ceremoniously brought to the temple by the devotees as offerings. The huge decorated effigies are welcomed by the people with the cheers and applauses. Elephant pageants accompanied by chendamelam (traditional percussion music) converge at the temple courtyard in the evening, unfolding an extravagant spectacle. Various cultural programmes are also held on the festival days.

8 kms from Kollam, Neendakara is a famous fishing harbour that you can see the Ashtamudi Lake joining the sea from the Neendakara Bridge and also the Chinese fishing nets silhouetted against the sky.

This Valentine’s Day, spend your romantic holiday on serene, secluded and spellbinding beaches of Kerala. Kerala has some of the best beaches in the world. Ride the surf. Get a tan. Build sand castles. Or simply sift sand through your toes. Anything you do here will unwind and relax you.

Pariyanampetta Pooram, a seven-day annual festival packed with art and entertainment, is a multihued event that you shouldn’t miss, if you are in Kerala. Celebrated at the Pariyanampetta temple, the presiding deity of which is Bhagavathi or Mother Goddess, the major attraction of the festival is the Kalamezhuthu Pattu. It is a colourful ritual in which the images of the goddesses are drawn on the floor using different coloured powders. When accompanied by songs these images conjure a sense of awe among all the devotees and spectators around.

16 kms from Pathanmthitta, the Vasthuvidya Gurukulam, a school constituted by the State Cultural Department is situated here. The main objective of the gurukulam is the preservation and promotion of Vasthuvidya and mural paintings. It also aims at the renovation and conservation of traditional buildings and mural paintings. Vasthuvidya is the ancient science of Indian architecture which is a pure and ethnic expression of Indian socio-cultural heritage.

Stop by a thattukada, a roadside kiosk, for a steaming cup of strong tea. Watch the expert stretch it to a metre while pouring it from glass to glass, blending it well and building up a tempting froth in the process. What are your favorite things to do in Kerala? 🙂

Adding to the charm of these quiet villages are the scenic reservoirs at Nattakom and Panachikad. Migratory birds come seeking this verdant landscape every summer and frolic in the natural splendours till the end of the season. A boat ride from Kodoorar in Panachikad to Kumarakom is a great way to relax and enjoy nature’s bounties. Facilities here cater to the recreation needs of tourists, from soothing Ayurvedic massages to boating, fishing and swimming.

Thaipooyam festival at Koorkancherry Sree Maheswara temple fascinates all with its brilliant blend of colours, music and dance. Lord Shiva is the presiding deity of Koorkancherry Sree Maheswara Temple. The Thaipooyam festival here is celebrated in the name of Lord Subrahmanya, the eldest son of Lord Shiva. Kavadiyattom is the main attraction of the festival.

Vyloppilli Samskrithi Bhavan, situated in Thiruvananthapuram is a Multi Purpose Cultural Complex functioning as a cultural institution under the Department of Culture, Government of Kerala. Founded as a research, documentation, performance and preservation center of cultural traditions and art forms of Kerala, this traditional building houses the personal belongings of the great Malayalam poet, the late Vyloppilly Sreedhara Menon.

An important religious convention of the Hindus is held at Cherukole on the sand banks of the Pamba, usually in February every year!

As a holy town, Pandalam is perhaps second only to Sabarimala. The Valiyakoikal Temple near the palace on the banks of river Achenkovil has been modelled on the Sabarimala shrine. Pilgrims usually stop here to worship before proceeding to Sabarimala. Three days prior to the Makaravilaku festival, the sacred ornaments of Sree Ayyappa are taken in a procession from Pandalam to Sabarimala

Mannadi is a scenic village located 13kms from Adoor. It is said, that Veluthampi, the renowned freeddom fighter of Tranvancore spent his last days here, The ancient Bhagvathy temple here has some exquisite stone sculptures.

36 km from Pathanamthitta via Vachoochira, the Perunthenaruvi waterfalls on the banks of the Pamba river is a favourite picnic spot for both domestic and foreign tourists.

India’s first planned eco-tourism destination, Thenmela is situated about 72kms from Thiruvananthapuram, which has gained popularity due to its unique vistas, bio-diversity and functioning. It shares its resources with the famous Shendureney Wildlife at the foothills of the Westernghats. Do you know what Thenmela means?

Sasthamkotta, also called the “Queen of Lakes” is situated about 29 kms from Kollam town. This vast fresh water lake flanked by hills on three sides is the largest of its kind in Kerala. The ancient Sastha Temple, which lends its name to the town, is an important pilgrim centre. This temple dedicated to both Lord Ganesha and Lord Ayyappa is surrounded by hills and forests.

Located in Poonjar on the Pala-Erattupetta route in Kottayam district, the Poonjar palace has a royal collection of antiques, rock cut lamps, sculptures, exquisite furniture including a palanquin, a droni (treatment bed) carved out of a single piece of wood for Ayurvedic massages. This palace is also known for huge chandeliers, palm leaf engravings, jewel boxes, varieties of lamps, sculptures of Nataraja (the dancing Siva), grain measures, statues and weapons. A unique conch preserved here is taken out once a year for ritualistic purposes.

A backwater destination , the Akkulam Village is a well-known beautiful picnic spot at the banks of the Akkulam lake, which is an extension of Lake Veli. The banks of this lake is a major attraction for families for its well equipped childrens park, boating facilites and a swimming pool.

The annual 10 day feast at the St. Sebastian church at Athunkal in Alappuzha district of Kerala, known as Arthunkal Perunnal begins today! The main attraction of the ten-day feast here is the ceremony on the final day, when devotees crawl on their knees all the way from the nearby beach to the church. This is followed by a ceremonial procession to the beach.

Puthuppally Church, known to be one of the oldest churches of Kerala, is a popular pilgrim center, the wall paintings and ornamental decorations of the church are very interesting. Situated by the side of coconut palms and a wide stretch of paddy fields, at a beautiful and serene village called Puthuppally which is about 8 kms from Kottayam Town, this church is the refuge of thousands of people all over the world who seek the intercession of St.George.

This church at Fort Kochi was originally built completely of timber and later reconstructed in stone masonry. It was restored in 1779 by the Protestant Dutch, converted to an Anglican church by the British in 1795 and is at present governed by the Church of South India. Vasco Da Gama was buried here in 1524 before his remains were moved to Lisbon, Portugal. The tombstone still remains. Can you tell us which church it is?

2 thoughts on “Kerala- Heaven on Earth”